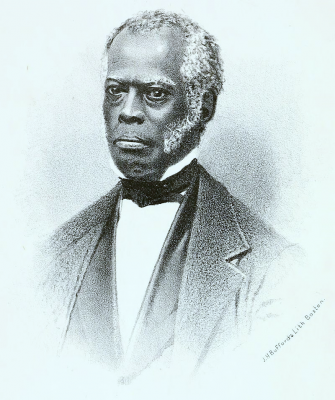 In 1842, Lunsford Lane (1803-1879), the son of one of the men enslaved on the Lane plantation, published his autobiography: The Narrative of Lunsford Lane, Formerly of Raleigh, N.C. Embracing an Account of His Early Life, the Redemption by Purchase of Himself and Family from Slavery, and His Banishment from the Place of His Birth for the Crime of Wearing a Colored Skin. While still enslaved, Lane earned money to purchase his freedom and spent the next twenty-five years advocating for abolition. This was a dangerous calling, that resulted in his being tarred and feathered—and nearly hanged—on an 1842 visit to Raleigh to free his family. He was ultimately successful, freeing his wife, children, and mother.

Lunsford Lane’s father, Edward, was listed in Joel’s 1795 will as “Young Ned” and left to Joel’s wife, Mary. Following her death five days later, Edward remained on the Lane estate for another four years until he was sold to John Haywood (of Haywood Hall). Lunsford says that it was his father who taught him to mix the unique blend of tobacco which, sold under the brand “Edward and Lunsford Lane,” contributed to Lunsford purchasing his freedom. Edward joined his wife, son, and grandchildren in freedom in 1843.

The Narrative of Lunsford Lane depicts an experience of slavery which, as its author frequently notes, was more comfortable than the lives of many enslaved people. It is also representative of the lives of enslaved peoples within early-nineteenth-century Raleigh. Lunsford Lane’s Narrative and his talks on the abolitionist lecture circuit, some alongside Frederick Douglass, made him an important nineteenth-century voice in the call for emancipation.