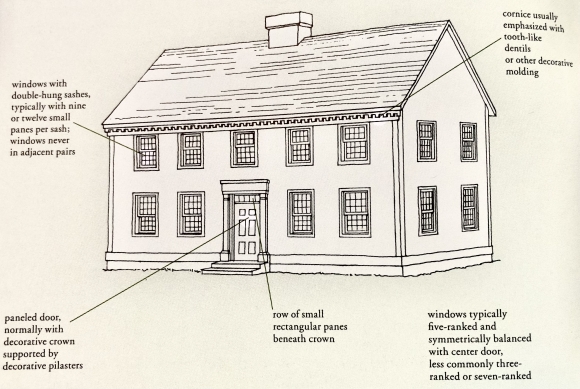 The Joel Lane House was built during the era of the English Georgian-Style house. This look was popular from around 1700-1780.

The Georgian style falls under the umbrella of a larger Renaissance Classical architectural trend, which began in Italy during the Renaissance when there was a renewed interest in classical Greek and Roman buildings. The style eventually made its way to the American Colonies as the Georgian (1700-1780) and Federal (1780-1820) styles (McAlester, Field Guide to American Houses).

The 1 1/2-story Lane House is a typical representation of the size/scale of a 18th century plantation manor. (Bishir & Southern, A Guide to the Historic Architecture of Piedmont North Carolina, pg. 124).

Influence from Other Colonies

North Carolina received most of its architectural influence from neighboring colonies rather than directly from England, as it interacted more with them than overseas. The extensive sandbars and islands made the NC seacoast difficult to navigate, so people went to more accessible ports (like Charleston, SC or the Chesapeake, VA) and then moved overland to North Carolina. (Pratt, A Guide to Early American Homes, South). The Joel Lane House is a more tidewater-esq building located in the Piedmont region, which makes sense considering Joel Lane himself moved from Halifax in northeastern NC.

The wide diffusion of settlers from many different areas into North Carolina makes architectural trends somewhat dispersed (Johnston & Waterman, Early Architecture of North Carolina). English, Scots, Scotch-Irish, and Germans (Moravians), coming from both other colonies and from overseas, all mingled in the Piedmont in the 18th century. (Meyer, The Highland Scots of North Carolina).

The city of Philadelphia had particularly close ties with Piedmont, NC, with a number of people migrating from there and then maintaining active contact with their old home. When Raleigh was built in 1792 it was “almost completely by artisans from Philadelphia and with cast iron, chimneypieces, chandeliers and other materials from Philadelphia” (Lane, Architecture of the Old South). 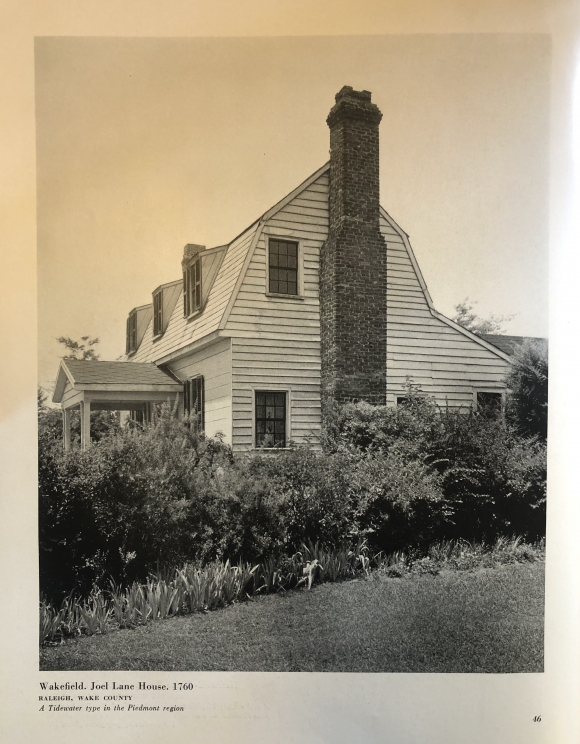 Georgian features the Lane house does not have: 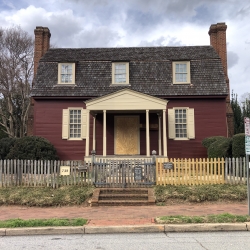 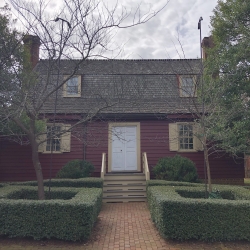 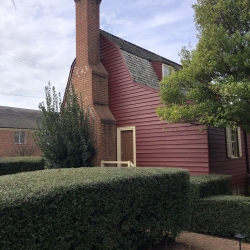 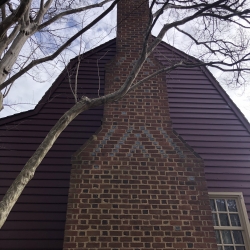 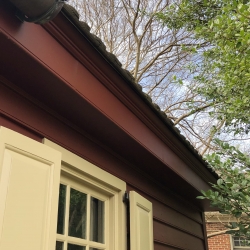 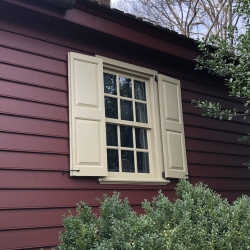 North Carolina in the 1700s was a rural place - the Piedmont and Mountains especially so. The state trended towards unpretentious, austere architecture early on (Bishir and Southern, pg. 106). Shipping in materials and hiring skilled carpenters was difficult and expensive. When the Joel Lane House was built in 1769 there was no surrounding town, and Raleigh would not come into existence for the another 20 years, so construction materials would have been prepared on-site (likely, in this case, by enslaved workers) or brought in from far afield (Merryman & Scott, Architecture in North Carolina: An Overview).

The huge swaths of forest meant that NC settlers often used wood to build homes rather than stone or brick - the Lane house is a wood apart from the raised brick foundation. The raised foundations were also more common in the South, and keep the house away from bugs, weeds, and water. The hotter, humid climate also enticed architecture that would catch the breeze; the Joel Lane House’s wide central-hall plan (with matching doors on the front and back of the house letting the air through) is meant to do exactly that.

A Note on the Building Process:

Some wealthy men (such as plantation owners, governors, affluent businessmen, etc.) would employ professional craftsmen specializing in house-building to plan the construction of their homes. These craftsmen were usually well traveled and knowledgeable about the popular styles in New England, London, etc. and could reproduce it in more rural areas.

Skilled enslaved labor was also widely used to construct large plantation houses, as is very likely the case with the Joel Lane House. Skilled enslaved carpenters were also sometimes “rented” out for building projects. The builder would pay a slaveowner a fee (or “rent”) to make use of the skills of an enslaved person, who would live and work at the building site, for a set period of time.

It was also possible to draw up architectural plans on one’s own by using Practical builders’ guides and architectural pattern books, which were popular in the late 1700s and early 1800s. These books published out of populous cities like Boston, London, or New York could be used as a general framework for anyone to construct a dwelling. (Lane, Architecture of the Old South: North Carolina). 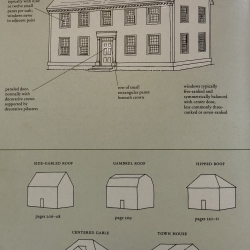 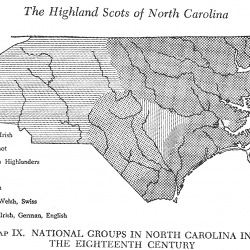 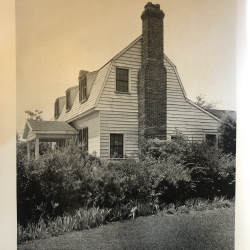