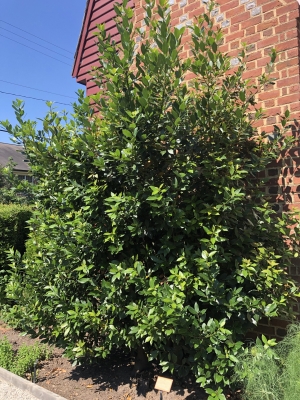 [Bay] resisteth witchcraft very potently, . . .that neither witch nor devil, thunder nor lightning, will hurt a man in the place where a bay-tree is. –Nicolas Culpeper, 1652

Other Uses: flavoring (especially in soups), antimicrobial, antioxidant. “Laurels” have been a symbol of victory since ancient Greece and Rome.

Upon your sword/ Sit laurel victory and smooth success/ Be strewed before your feet.” - William Shakespeare, Antony and Cleopatra

“This is so well known that it needs no description: I shall therefore only write the virtues thereof, which are many.

[Government and virtues] I shall but only add a word or two to what my friend has written, viz., that it is a tree of the sun, and under the celestial sign Leo, and resists witchcraft very potently, as also all the evils old Saturn can do to the body of man, and they are not a few; for it is the speech of one, and I am mistaken if it were not Mizaldus, that neither witch nor devil, thunder nor lightning, will hurt a man in the place where a Bay-tree is.

Galen said, that the leaves or bark do dry and heal very much, and the berries more than the leaves; the bark of the root is less sharp and hot, but more bitter, and hath some astriction withal whereby it is effectual to break the stone, and good to open obstructions of the liver, spleen, and other inward parts, which bring the jaundice, dropsy, &c.

The berries are very effectual against all poison of venomous creatures, and the sting of wasps and bees; as also against the pestilence, or other infectious diseases, and therefore put into sundry treacles for that purpose; they likewise procure women’s courses, and seven of them given to woman in sore travail of child-birth, do cause a speedy delivery, and expel the after-birth, and therefore not to be taken by such as have not gone out their time, lest they procure abortion, or cause labour too soon.

They wonderfully help all cold and rheumatic distillations from the brain to the eyes, lungs or other parts; and being made into an electuary with honey, do help the consumption, old coughs, shortness of breath, and thin rheums; as also the megrim.

They mightily expel the wind, and provoke urine; help the mother, and kill the worms. The leaves also work the like effect. A bath of the decoction of leaves and berries, is singularly good for women to sit in, that are troubled with the mother, or the diseases thereof, or the stoppings of their courses, or for the diseases of the bladder, pains in the bowels by wind and stoppage of the urine.

A decoction likewise of equal parts of Bay-berries, cummin seed, hyssop, origanum, and euphorbium, with some honey, and the head bathed therewith, wonderfully helps distillations and rheums, and settles the pallate of the mouth into its place.

The oil made of the berries is very comfortable in all cold griefs of the joints, nerves, arteries, stomach, belly, or womb, and helps palsies, convulsions, cramp, aches, tremblings, and numbness in any part, weariness also, and pains that come by sore travelling. All griefs and pains proceeding from wind, either in the head, stomach, back, belly, or womb, by anointing the parts affected therewith: And pains in the ears are also cured by dropping in some of the oil, or by receiving into the ears the fume of the decoction of the berries through a funnel. The oil takes away the marks of the skin and flesh by bruises, falls, &c. and dissolves the congealed blood in them. It helps also the itch, scabs, and weals in the skin.”

Source: The Project Gutenberg EBook of The Complete Herbal, by Nicholas Culpeper, [18] 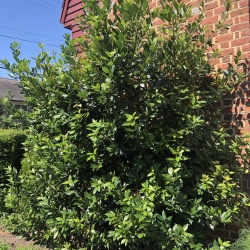 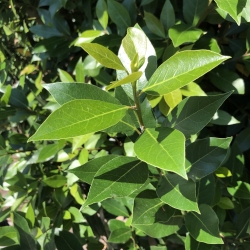 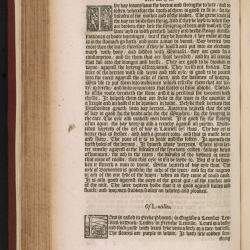 Gallery Image 3: From William Turner’s “The New Herball” (1551), scans found here at the Library of Congress