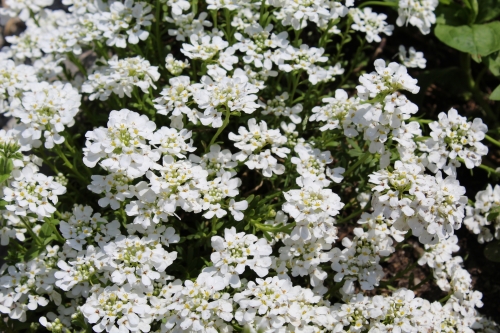 Commonly called Iberis. The “Candy” in the name candytuft does not come from the food, but Candia (the historic name for Iraklion on the Isle of Crete, a region where Candytuft is native). (1)

Cultivated first in England by herbalist John Gerard (1545-1612 CE), who received the “seeds of the candy-mustard” in 1587 from a friend, Lord Edward Zouche. (Our Garden Flowers by Harriet Keeler, pg 213-214). “Zouche was probably indirectly instrumental in introducing candytuft to early colonial settlements in America since he was [an investor] of the Virginia Company under King James. (The Morning Star, and the Second Charter of Virginia) 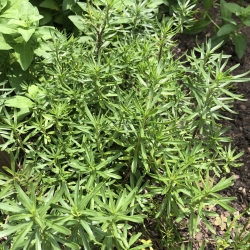 The Second Charter of Virginia