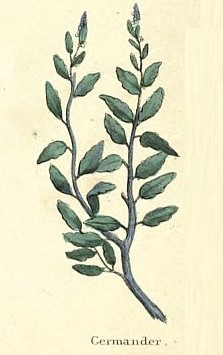 Other Uses: Germander is a traditional ornamental garden plant, often used for decorative borders and hedges.

”[Germander] strengthens the brain and apprehension exceedingly when weak, and relieves them when drooping.” –Nicolas Culpeper, 1653

Caution: Germander is toxic to the liver, and can cause hepatitis.

Culpeper's The Complete Herbal (1653) - On Germander

”[Descript] Common Germander shoots forth sundry stalks, with small and somewhat round leaves, dented about the edges. The flowers stand at the tops of a deep purple colour. The root is composed of divers sprigs, which shoots forth a great way round about, quickly overspreading a garden.

[Place] It grows usually with us in gardens.

[Time] And flowers in June and July.

[Government and virtues] It is a most prevalent herb of Mercury, and strengthens the brain and apprehension exceedingly when weak, and relieves them when drooping. This taken with honey (saith Dioscorides) is a remedy for coughs, hardness of the spleen and difficulty of urine, and helps those that are fallen into a dropsy, especially at the beginning of the disease, a decoction being made thereof when it is green, and drank. It also brings down women’s courses, and expels the dead child. It is most effectual against the poison of all serpents, being drank in wine, and the bruised herb outwardly applied; used with honey, it cleanses old and foul ulcers; and made into an oil, and the eyes anointed therewith, takes away the dimness and moistness. It is likewise good for the pains in the sides and cramps. The decoction thereof taken for four days together, drives away and cures both tertain and quartan agues. It is also good against all diseases of the brain, as continual head-ache, falling-sickness, melancholy, drowsiness and dullness of the spirits, convulsions and palsies. A dram of the seed taken in powder purges by urine, and is good against the yellow jaundice. The juice of the leaves dropped into the ears kills the worms in them. The tops thereof, when they are in flowers, steeped twenty-four hours in a draught of white wine, and drank, kills the worms in the belly.”

Source: The Project Gutenberg EBook of The Complete Herbal, by Nicholas Culpeper [84] 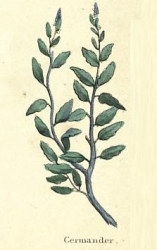 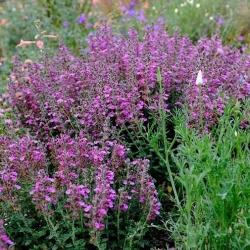 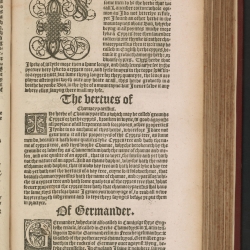 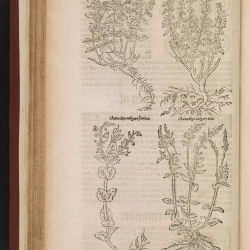