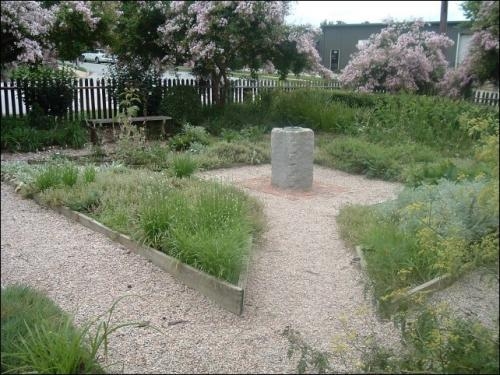 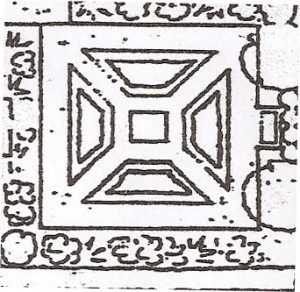 The herb garden is situated adjacent to the Kitchen building for easy access for use in cooking. However, in Joel Lane’s time, herbs had additional uses: as medicines (Feverfew), insecticides (Tansy). to mask odors (Lavender), and as food (Parsley).

Joel Lane’s herb garden may not have been as formal as the present day one at the site with its gravel paths and wooden edging. He certainly grew herbs since they were so important in colonial life. The plan was drawn up in the 1970s by Donald Parker of Colonial Williamsburg. 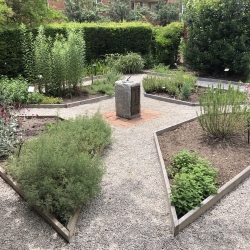 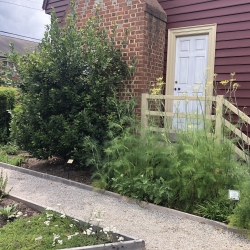