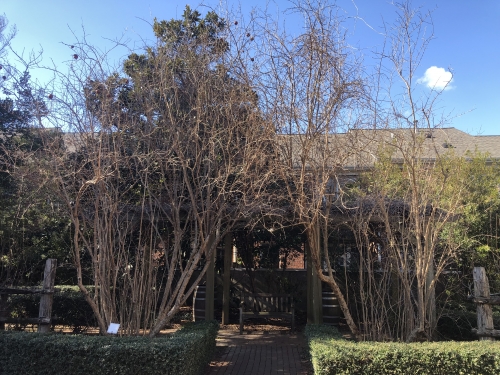 “The name pomegranate derives from medieval Latin pōmum “apple” and grānātum “seeded”. Possibly stemming from the old French word for the fruit, pomme-grenade, the pomegranate was known in early English as “apple of Grenada”—a term which today survives only in heraldic blazons. This is a folk etymology, confusing the Latin granatus with the name of the Spanish city of Granada, which derives from Arabic. - From the Wikipedia page for Pomegranate

The Pomegranate is native to the Mediterranean, ancient Near East, and India.

The small fruit-bearing tree was widely cultivated in warm countries. At one time thought to be the apple of Eden. Symbolic of sexuality and fertility because of its abundance of kernels but, as the emblem of Persephone, queen of the underworld, its mention by Juliet (Shakespeare, Romeo & Juliet) is foreboding.

“It was the nightingale and not the lark

That pierced the fearful hallow of thine ear;

Nightly she sings on 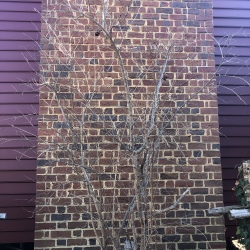 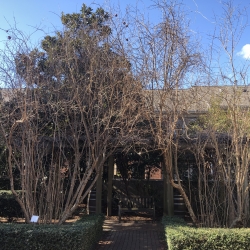 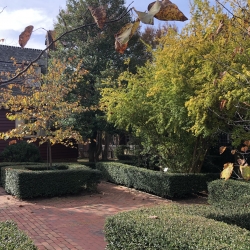 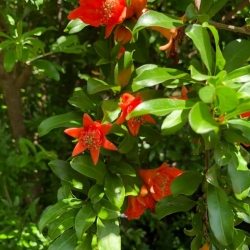 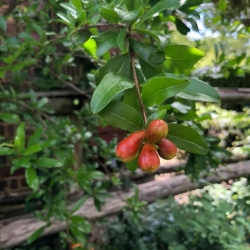 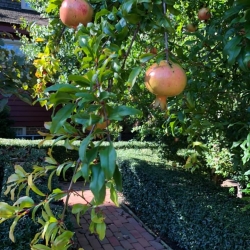