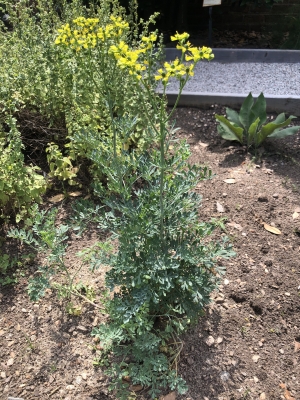 Other Uses: Symbolized repentance. Used ceremonially in churches to sprinkle holy water; said to ward off evil and nightmares; used as “garde robe” to repel moths from wool clothing

Folklore: said to grow best if stolen from another’s garden, or where “mistress is the master;” said to protect sage plants from toads.

“Garden-rue is so well known by this name, and the name Herb of Grace, that I shall not need to write any farther description of it, but shall shew you the virtue of it, as follows.

[Government and virtues] It is an herb of the Sun, and under Leo. It provokes urine and women’s courses, being taken either in meat or drink. The seed thereof taken in wine, is an antidote against all dangerous medicines or deadly poisons. The leaves taken either by themselves, or with figs and walnuts, is called Mithridate’s counter-poison against the plague, and causes all venomous things to become harmless; being often taken in meat and drink, it abates venery. A decoction thereof with some dried dill leaves and flowers, eases all pains and torments, inwardly to be drank, and outwardly to be applied warm to the place grieved. The same being drank, helps the pains both of the chest and sides, as also coughs and hardness of breathing, the inflammations of the lungs, and the tormenting pains of the sciatica and the joints, being anointed, or laid to the places; as also the shaking fits of agues, to take a draught before the fit comes. Being boiled or infused in oil, it is good to help the wind cholic, the hardness and windiness of the mother, and frees women from the strangling or suffocation thereof, if the share and the parts thereabouts be anointed therewith. It kills and drives forth the worms of the belly, if it be drank after it is boiled in wine to the half, with a little honey; it helps the gout or pains in the joints, hands, feet or knees, applied thereunto; and with figs it helps the dropsy, being bathed therewith: Being bruised and put into the nostrils, it stays the bleeding thereof. It takes away wheals and pimples, if being bruised with a few myrtle leaves, it be made up with wax, and applied. It cures the morphew, and takes away all sorts of warts, if boiled in wine with some pepper and nitre, and the place rubbed therewith, and with almond and honey helps the dry scabs, or any tetter or ringworm. The juice thereof warmed in a pomegranate shell or rind, and dropped into the ears, helps the pains of them. The juice of it and fennel, with a little honey, and the gall of a cock put thereunto, helps the dimness of the eye-sight. An ointment made of the juice thereof with oil of roses, ceruse, and a little vinegar, and anointed, cures St. Anthony’s fire, and all running sores in the head: and the stinking ulcers of the nose, or other parts. The antidote used by Mithridates, every morning fasting, to secure himself from any poison or infection, was this: Take twenty leaves of rue, a little salt, a couple of walnuts, and a couple of figs, beaten together into a mess, with twenty juniper berries, which is the quantity appointed for every day. Another electuary is made thus: Take of nitre, pepper, and cummin seed, of each equal parts; of the leaves of Rue clean picked, as much in weight as all the other three weighed; beat them well together, and put as much honey as will make it up into an electuary (but you must first steep your cummin seed in vinegar twenty four hours, and then dry it, or rather roast it in a hot fire-shovel, or in an oven) and is a remedy for the pains or griefs in the chest or stomach, of the spleen, belly, or sides, by wind or stitches; of the liver by obstructions; of the reins and bladder by the stopping of urine; and helps also to extenuate fat corpulent bodies. What an infamy is cast upon the ashes of Mithridates, or Methridates (as the Augustines read his name) by unworthy people. They that deserve no good report themselves, love to give none to others, viz. That renowned King of Pontus fortified his body by poison against poison. (‘He cast out devils’ by Beelzebub, ‘Prince of the devils’.) What a sot is he that knows not if he had accustomed his body to cold poisons, but poisons would have dispatched him? on the contrary, if not, corrosions would have done it. The whole world is at this present time beholden to him for his studies in physic, and he that uses the quantity but of an hazel-nut of that receipt every morning, to which his name is adjoined, shall to admiration preserve his body in health, if he do but consider that Rue is an herb of the Sun, and under Leo, and gather it and the rest accordingly.” 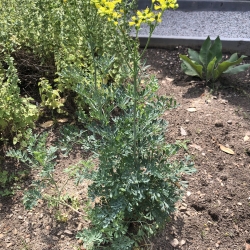 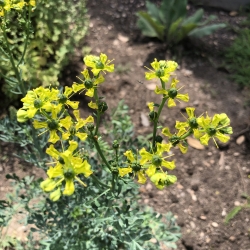 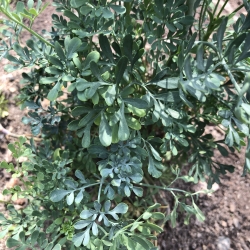