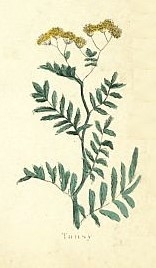 “Garden Tansy is so well known, that it needs no description.

[Time] It flowers in June and July.

[Government and virtues] Dame Venus was minded to pleasure women with child by this herb, for there grows not an herb, fitter for their use than this is; it is just as though it were cut out for the purpose. This herb bruised and applied to the navel, stays miscarriages; I know no herb like it for that use: Boiled in ordinary beer, and the decoction drank, doth the like; and if her womb be not as she would have it, this decoction will make it so. Let those women that desire children love this herb, it is their best companion, their husbands excepted.

Also it consumes the phlegmatic humours, the cold and moist constitution of Winter most usually affects the body of man with, and that was the first reason of eating tansies in the Spring.

The decoction of the common Tansy, or the juice drank in wine, is a singular remedy for all the griefs that come by slopping of the urine, helps the stranguary and those that have weak reins and kidneys. It is also very profitable to dissolve and expel wind in the stomach, belly, or bowels, to procure women’s courses, and expel windiness in the matrix, if it be bruised and often smelled unto, as also applied to the lower part of the belly. It is also very profitable for such women as are given to miscarry. It is used also against the stone in the reins, especially to men.

The herb fried with eggs (as it is the custom in the Spring-time) which is called a Tansy, helps to digest and carry downward those bad humours that trouble the stomach. The seed is very profitably given to children for the worms, and the juice in drink is as effectual. Being boiled in oil, it is good for the sinews shrunk by cramps, or pained with colds, if thereto applied.”

Source: The Project Gutenberg EBook of The Complete Herbal, by Nicholas Culpeper, [179] 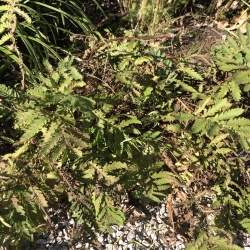 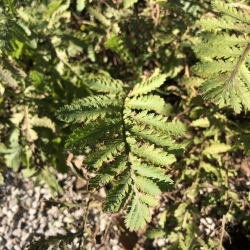