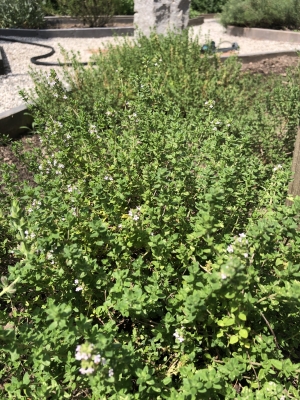 Other Uses: Culinary/flavoring herb, insect repellent, antiseptic, strewing herb, thymol is active ingredient in Listerine, thyme was said to be a favorite of fairies (Shakespeare’s Titania sleeps on “a bank where the wild thyme blows” in A Midsummer Night’s Dream)

“The nightmare is a very troublesome disease and often puzzles the physician, but it may be perfectly cured by tea used from this plant” - Herbalist John Hill, 1770

“Thyme was first cultivated by the Assyrians and used to treat nightmares and short-windedness. Also long-cultivated for its culinary uses, it was brought to the American colonies at an early date, and Thomas Jefferson recorded it in his list of “Objects for the garden” at Monticello in 1794. This evergreen Mediterranean herb grows well in rock gardens, containers, and other well-drained garden locations, and the flowers attract pollinators. Jefferson-documented: This plant was documented by Thomas Jefferson in his Garden Book, Notes on the State of Virginia, or other writings.”

“It is in vain to describe an herb so commonly known.

[Government and virtues] It is a noble strengthener of the lungs, as notable a one as grows; neither is there scarce a better remedy growing for that disease in children which they commonly call the Chin-cough, than it is. It purges the body of phlegm, and is an excellent remedy for shortness of breath. It kills worms in the belly, and being a notable herb of Venus, provokes the terms, gives safe and speedy delivery to women in travail, and brings away the after birth. It is so harmless you need not fear the use of it. An ointment made of it takes away hot swellings and warts, helps the sciatica and dullness of sight, and takes away pains and hardness of the spleen. ’Tis excellent for those that are troubled with the gout. It eases pains in the loins and hips. The herb taken any way inwardly, comforts the stomach much, and expels wind.”

Source: The Project Gutenberg EBook of The Complete Herbal, by Nicholas Culpeper, [183] 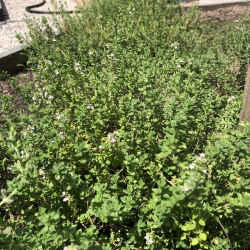 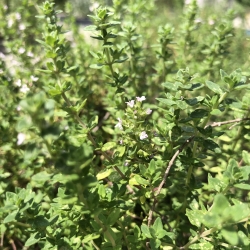 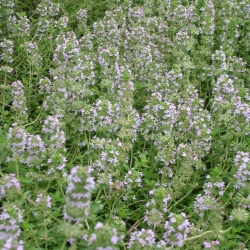